Dr Sihra is a leading specialist in allergies and respiratory medicine who treats both children and adults. He is based at the Colchester General Hospital and Ramsay Oaks Hospital, Colchester. His areas of expertise include allergy testing, asthma, wheezing, anaphylaxis, allergic urticaria and child and adult respiratory diseases.

Between 1993 to 1997, he conducted research into mechanisms of allergic asthma and the use of novel immunomodulatory drugs in severe asthma at Royal Brompton National Heart and Lung Institute. He also conducted research at the Department of Allergy & Clinical Immunology at the Imperial College, London which resulted in having several papers published. 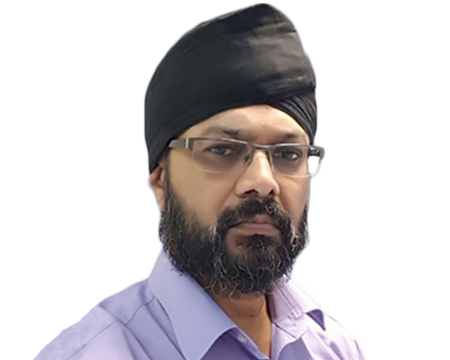 What is allergy testing? Allergy tests are tests that are done to find out what known substances produce an allergic reaction in a person. This...

What is asthma in children? Asthma is a common pulmonary condition that ...

What is anaphylaxis? Anaphylaxis, also called anaphylactic reaction or anaph...

What is wheezing? Wheezing is a whistling sound that can occur while breathing. The sound can be heard more often when air is expelled. This ca...

During my consultation with Dr. Sihra, I found him very knowledgeable, proactive and friendly, taking his time to explain the rationale of his plan of action to me. I will definitely use him again and would have no hesitation recommending him to others.

I would highly recommend Dr Sihra, who is thorough, knowledgable and explained everything clearly, a personalised approach, thinking through implications and helpful ways of addressing presenting issues. Kind, approachable and relatable manner.

Any cookies that may not be particularly necessary for the website to function and is used specifically to collect user personal data via analytics, ads, other embedded contents are termed as non-necessary cookies. It is mandatory to procure user consent prior to running these cookies on your website.